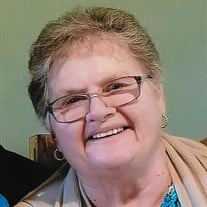 Beverly was born on August 21, 1939, in Jackson, Michigan to Delbert and Katherine (Wheeler) Wyatt. On February 27, 1956, she was united in marriage to Bobby “Don” Hamilton in Columbia, MO. They enjoyed 64 years together. In addition to being a homemaker, Beverly enjoyed sewing, quilting, fishing, and spending time with family and friends.

In addition to her parents, Beverly was preceded in death by three brothers, Billy, Everett, and Dick Wyatt: and a sister, Mardella Palmer.


To order memorial trees or send flowers to the family in memory of Beverly Jane Hamilton, please visit our flower store.