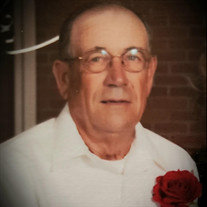 A visitation will be held at 1:00 p.m., Monday, March 4, 2019 at the Walker-Nadler-Fuller Funeral Home, 1720 S. St., Lexington, MO, 64067, 660-259-2245. A funeral service will follow at 2:00 p.m. at the funeral home. Burial will be in the Machpelah Cemetery. Memorials are suggested to St. Jude Children's Research Hospital. Memories of Ray and condolences for his family may be left at www.nadlerfullerfh.com <http://www.nadlerfullerfh.com> or on our Facebook Page.

Ray was born on August 26, 1948 in Waldron, Arkansas to LaMoine and Veda Adenial (Franklin) Evans. He graduated in 1966 from Waldron High School. On April 27, 1968 he married Barbara (O'Donnell) Evans in Lexington, MO. She preceded him in death on March 1, 2015. Ray retired from Century Link Telephone after 45 years of service as a Cable Splicer. He also co-owned the Back Forty Shooting Range in Lexington. He was a member of the Church of Christ, the Bit and Bridle Saddle Club and a Dream Factory supporter. In addition to spending time with family and friends, Ray enjoyed riding horses and coon hunting. He was also instrumental in organizing the Santa Fe Trail re-enactment from New Franklin, MO to Wellington, MO.

In addition to his father and wife, Ray was preceded in death by a daughter in infancy, Kimberly Evans; a great grandson, Emjay Corn; and a step-father, Wesley Rubeon "Rube" Miller; a brother Darrel Evans; two step-brothers, Johnny Miller and James Miller; and two nephews, Sean Wesley Miller and Daniel Fisher.


To order memorial trees or send flowers to the family in memory of Arthur LaRay Evans, please visit our flower store.