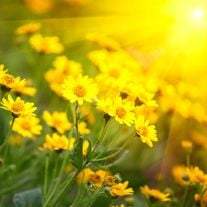 Adry Wilhelmina Fisher, 73, of Kansas City, Missouri, passed away at her home June 18, 2019. Cremation has been entrusted to the Ralph O. Jones Funeral Home, 306 South Second Street, Odessa, MO 64067. Memories and condolences may be left at www.ledfordfamilyfh.com. There will be no services, per Adry’s wishes.

Adry is survived by her children, Bart Fisher and wife Cassie of Odessa and Annemieke Fisher of Kansas City, Missouri; grandchildren, Malena Fisher, Daphne Fisher, Willow Fisher and Ian Fisher; sister, Ans Jacobs of Holland; and uncle, Henry Smit of Grand Rapids, Michigan. She was preceded in death by her parents.


To order memorial trees or send flowers to the family in memory of Adry Wilhelmina Fisher, please visit our flower store.