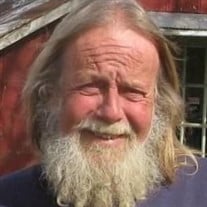 Tommy Paul Thompson, 72, of Warrensburg, Missouri passed away on Saturday, April 17, 2021 at home. A visitation will be held from 6:00 p.m. to 8:00 p.m., Tuesday, April 20, 2021 at the Ralph O. Jones Funeral Home, 306 S. 2nd St., Odessa, MO, 64076, 816-633-5524. A graveside service with military honors will be held on Wednesday, April 21, 2021, 11:30 a.m. at the Mt. Tabor Cemetery in Odessa, MO. Memorials are suggested to the Mt. Tabor Cemetery Association or the Odessa R-VII Public Foundation. Memories of Tommy and condolences for his family may be left at www.LedfordFamilyFH.com or on our Facebook Page. Tommy was born on February 10, 1949 in St. Louis, MO to Richard P. and Alice J. (Ehrhardt) Thompson. After graduating high school from Camdenton, MO Tommy enlisted in the United States Army and earned the National Defense Service Medal. Tommy graduated from the Central Missouri State University with a bachelor’s degree in Illustration and Education. On January 15, 1972 he married Sharon Louise Jurd in Warrensburg, MO. She preceded him in death on May 13, 1997. Tommy retired after 30 years of service as the Art Teacher for the Odessa Middle School. In addition to spending time with family, Tommy enjoyed wood working, pottery, tractors, bird watching, and visiting with friends. Survivors include two sons, Andrew Paul Thompson and wife Nicole of Jefferson City, MO and Steven Arthur Thompson and wife Hannah of Warrensburg, MO; two grandchildren, Gabriel and Seraphina Thompson; and one brother, Richard “Rick” Thompson and wife Sue of Derry, New Hampshire. In addition to his wife, Sharon Thompson, Tommy was preceded in death by his parents.

The family of Tommy Paul Thompson created this Life Tributes page to make it easy to share your memories.

Send flowers to the Thompson family.