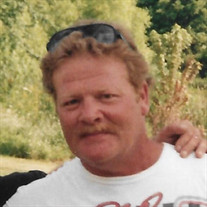 Patrick Stephen “Pat” Ray, 73, of Bates City, Missouri passed away on January 13, 2021 at his home. A visitation will be held from 11:00 AM to 12:00 PM on Saturday, January 23, 2021 at Ralph O. Jones Funeral Home, 306 S. 2nd St., Odessa, MO, 64076. A memorial service will follow at 12:00 PM at the funeral home. Memorials are suggested to St. Jude’s Children’s Research Hospital. Memories of Pat and condolences for his family may be left at www.LedfordFamilyFH.com or on our Facebook Page. Pat was born on December 30, 1947 to George Edward Ray and Dorothy (Gold) Osborn in San Francisco, California. He graduated from Rockhurst High School in Kansas City, Missouri, and went on to work for GM as a fork lift driver for over 30 years. After retiring from GM, Pat worked for Odessa Winsupply as a delivery driver for 20+ years. He was a member of the UAW Local 31 in Kansas City. Pat was someone that had more friends than anyone you know. He did not know a stranger and would give you the shirt off his back – a truly generous man. Pat was a huge fan of the Fourth of July, celebrating with family, friends, and fireworks. In addition to spending time with family and friends, Pat loved golfing and shooting pool. He was an avid Chiefs, Royals, and NASCAR fan. Pat is survived by four children, Lori Ray Beyer of Liberty, MO, Sandy Haley and husband Jack of Kansas City, MO, Patrick Ray Jr. and wife Amber Anderson-Ray of Olathe, KS, and Kenneth Garrison and wife Anneliese of Bates City, MO; one brother, John Edward Ray of Kansas City, MO; five grandchildren; and two great grandchildren. Pat was preceded in death by his parents.

The family of Patrick Stephen Ray created this Life Tributes page to make it easy to share your memories.

Send flowers to the Ray family.