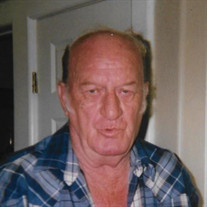 Kenneth Ray Ford, 80, of Independence, Missouri passed away on Wednesday, January 6, 2021 at his home. A visitation will be held from 1:00 p.m. to 2:00 p.m. on Monday, January 11, 2021 at Ralph O. Jones Funeral Home, 306 S. 2nd Street, Odessa, MO, 64076, 816-633-5524. A funeral service will be held at 2:00 p.m. Masks are required. Burial will follow at the Odessa Cemetery. Memorials are suggested to Wounded Warrior Project. Memories of Kenneth and condolences for his family may be left at www.LedfordFamilyFH.com or on our Facebook Page. Kenneth was born on April 14, 1940 in Lexington, Missouri to Henry Lloyd Ford and Cora Minerva (Gray) Ford. He was united in marriage to Martha Ann Drummond on July 28, 1970. Martha preceded him in death on September 30, 2007. Kenneth worked for the Ford Auto Assembly Plant, retiring after over 30 years. In addition to spending time with family and friends, Kenneth was an avid reader and enjoyed rodeos, westerns, the History Channel, and mowing the grass. Kenneth is survived by three brothers, Robert “Bob” Ford and wife Estrella of Independence, MO, Alvin Ford of Bates City, MO, and James Ford of Odessa, MO; and many nieces, nephews, relatives and friends. In addition to his wife, Kenneth was preceded in death by his parents; a sister, Dorothy Wilson; and two brothers, Leslie Wayne and Walter Ford.

The family of Kenneth Ray Ford created this Life Tributes page to make it easy to share your memories.

Kenneth Ray Ford, 80, of Independence, Missouri passed away on...

Send flowers to the Ford family.