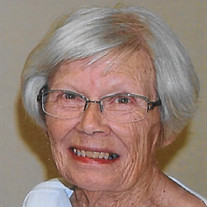 Joyce Elaine (Howe) Stephens, 89, of Odessa, Missouri passed away on Friday, February 28, 2020 at the New Haven Living Center in Odessa. A private family service will take place at a later date. Memorials are suggested to the House of Hope or the Shriner’s Hospital for Children. Memories of Joyce and condolences for her family may be left at www.LedfordFamilyFH.com or on our Facebook Page. Cremation has been entrusted to Ralph O. Jones Funeral Home, 306 S. 2nd St., Odessa, MO 64076, 816-633-5524. Joyce was born on December 6, 1930 in McFarland, KS to Melvin and Goldie Louise (Armbrust) Howe. After graduating from Jamesport High School in 1948, Joyce was united in marriage to Robert Kenneth Stephens on July 17, 1949. He preceded her in death on November 6, 2011. She was the general manager secretary of the Kansas City As professional baseball league for many years in the 1950’s and 1960’s. She also owned and operated the Odessa Packaged Liquor from 1976 to 2008. Joyce was an avid fan of the Kansas City Royals, Kansas City Chiefs, and the KU Jayhawks. Joyce had many hobbies, including gold leafing, making candles, sewing, cooking, reading, crossword puzzles, and watching HGTV and ESPN. In addition to spending time with family and friends, Joyce enjoyed raising and showing Cairn Terriers, including several champions, and going to the Kentucky Derby every year. Survivors include two children, Tracy Hudson and husband, Bruce of Odessa, MO and John Stephens of Arlington, TX; three grandchildren, Stephen Hudson and wife Shannon of Pittsburgh, PA, Kathleen Hudson and fiancé Tim Mikelson of Overland Park, KS, and Michael Hudson and wife Molly of Kansas City, KS; and four great grandchildren, Nathaniel, Gabriel, Ezekiel, and Lucas Hudson all of Pittsburgh, PA. In addition to her husband, Joyce was preceded in death by her parents.

Joyce Elaine (Howe) Stephens, 89, of Odessa, Missouri passed away on Friday, February 28, 2020 at the New Haven Living Center in Odessa. A private family service will take place at a later date. Memorials are suggested to the House of Hope... View Obituary & Service Information

The family of Joyce Elaine Stephens created this Life Tributes page to make it easy to share your memories.

Send flowers to the Stephens family.