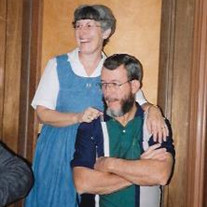 James Lee (Jim) Davis passed into rest the morning of June 23, 2019. He was born near Cowansville, Armstrong County, Pennsylvania, on November 5, 1942, to Calvin and Twila Nina (Lukehart) Davis. Jim enlisted in the U.S. Army in 1961 and mustered out at Fort Leonard Wood as a SP4 in 1964. While at Fort Leonard Wood, he met Sheila Faye Brooks through mutual Lexington friends and they were married in the Brooks house in rural Lexington on June 8, 1963. He is predeceased by Sheila, his parents, and siblings Bill, Carole (Baker), Ray, and Alan. After leaving the Army, Jim and Sheila settled first in Lexington, then to their property south of town for the next 55 years. Jim was employed at the Ford Claycomo Assembly Plant until his retirement in 1998 and was a member of UAW Local 249. Jim was active in the Mayview community as a member of the Mayview Lions Club and a parent supporter of the 40-Ville 4-H Club. Later on, he enjoyed bowling in the weekly leagues at the Higginsville Bowl, attending area farm auctions, being a regular at Adkins Sale Barn, and keeping busy on his property. Jim is survived by his sons Dave (Ken) of Guerneville, CA, and Derek of Chicora, PA; granddaughters KayLee (Joe) of Wellington and Jessi (Will) of Napoleon; and great-grandchildren Jayd, RhiLee, and Kindred. He is also survived by his siblings and spouses Charles "Chick" and Gerry Gould of Sligo, PA, Joan Farster of Cowansville, PA, Nancy Davis of East Brady, PA, and Jim Baker of Parker City, PA. His Brooks family includes Jean and George (deceased) Brooks, Virgie and Bill Stratton, Karen and Doug (deceased) Adkison, John Brooks, and Bob and Carol Brooks, as well as dozens of nieces and nephews. A private service will be conducted by the family. In lieu of flowers, the family suggests that contributions be made in Jim's memory to Visiting Nurses Association - Kansas City (vnakc.org). Cremation has been entrusted to the Walker Nadler Fuller Funeral Home, 1720 South Street, Lexington, MO 64067, 660-259-2245. Memories and condolences may be left at www.ledfordfamilyfh.com.

James Lee (Jim) Davis passed into rest the morning of June 23, 2019. He was born near Cowansville, Armstrong County, Pennsylvania, on November 5, 1942, to Calvin and Twila Nina (Lukehart) Davis. Jim enlisted in the U.S. Army in 1961 and mustered... View Obituary & Service Information

The family of James Lee Davis created this Life Tributes page to make it easy to share your memories.

Send flowers to the Davis family.