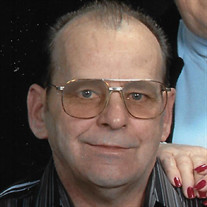 Harley “Radar” Dale O’Neal, 73, of Odessa, Missouri passed away on Thursday, August 6, 2020 at his home. A visitation will be held from 6:00 p.m. to 8:00 p.m. on Tuesday, August 11, 2020 at Ralph O. Jones Funeral Home, 306 S. 2nd Street, Odessa, MO, 64076, 816-633-5524. A funeral service will be held at 10:00 a.m. on Wednesday, August 12, 2020 at the funeral home. Burial with Military Rites will follow at the Shore Cemetery in Bates City, MO. Memorials are suggested to Shore Cemetery, Phoenix Hospice, or First Christian Church of Odessa. Memories of Dale and condolences for his family may be left at www.LedfordFamilyFh.com or on our Facebook Page. Dale was born on January 14, 1947 in Princeton, MO to Paul Revere and Virginia Mae (McKern) O’Neal. On May 4, 1966 he was drafted into the United States Army. Dale served in the Vietnam War and received several medals including, the Vietnam Service Medal w/1 Bronze Service Star, National Defense Service Medal, Republic of Vietnam Campaign Medal, and the Marksman (Rifle). He was honorably discharged on May 3, 1968 and served in the reserves until May 3, 1972. On August 16, 1987 Dale was united in marriage to Lois June McGrath. He was a mechanic for Wilkinson Service Station and retired after 35 plus years. He was a member of the First Christian Church of Odessa. In addition to spending time with family and friends, Dale enjoyed piddling, being creative, and most importantly, his grandchildren. In addition to his wife, June, survivors include eight children, James O’Neal of Odessa, MO, Terri O’Neal of Odessa, MO, Penny Grosso and husband Dan of Lexington, MO, Steve Lockhart and wife Sandy of Odessa, MO, Pam Robinette and husband Pete of Odessa, MO, Gary Lockhart of Odessa, MO, Bryan Lockhart and wife Judy of Odessa, MO, and Billy McGrath and wife Donna of Odessa, MO, two brothers, Sam O’Neal of Independence, MO and David O’Neal and wife Dianne of Kansas City, MO; one sister, Alice Schmidt and husband Larry of Grandview, MO; 20 grandchildren; 35 great grandchildren; 3 great great grandchildren; and many nieces, nephews, and friends. Dale was preceded in death by his parents; two sisters, Judy Yarnell and Stella Kay O’Neal in infancy; two grandchildren, Darrin Robinette, and Megan McGrath; and a great grandchild Joseph Grosso.

The family of Harley "Radar" Dale O'Neal created this Life Tributes page to make it easy to share your memories.

Send flowers to the O'Neal family.