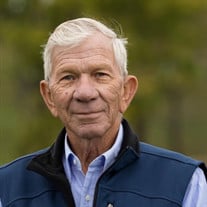 Edwin Dwight “Ed” Alumbaugh, 83, of Odessa, Missouri passed away on Tuesday, March 29, 2022, at his home. A visitation will be from 1:00 p.m. to 3:00 p.m. on Friday, April 1, 2022, at Ralph O. Jones Funeral Home, 306 S. 2nd Street, Odessa, MO, 64076, 816-633-5524. A funeral service will begin at 3:00 p.m. at the funeral home. Interment will follow at Odessa Cemetery. Memorials are suggested to Odessa Cemetery Association or Odessa First Baptist Church. Memories of Ed and condolences for his family may be left at www.LedfordFamilyFH.com or on our Facebook Page. Ed was born on November 28, 1938, to Homer and Irene (Bishop) Alumbaugh in Odessa, MO. On January 4, 1956, he enlisted in the United States Navy until 1959 and continued with the Navy Reserves until 1961. Ed served on the USS Jason during his time in the Navy and earned the Good Conduct Medal. On June 17, 1961, he was united in marriage to Martha Ann (Matthews) in Odessa, MO. She survives of the home. Ed worked for GM Leeds Plant in Kansas City, MO, retiring in 1993 after 30 years. Not only was he a member of the First Baptist Church of Odessa Ed also served on various boards and committees within the church and was a retired deacon. He was a member of UAW Local 31, and past member of Odessa Road District. In addition to spending time with family and friends, Ed enjoyed woodworking, gardening, yard work, and fixing things. In addition to his wife, Martha, Ed is survived by a son, Michael Alumbaugh (Janet) of Odessa, MO; two grandchildren, Brandon Alumbaugh (Taylor) of Bates City, MO, and Brent Alumbaugh (Corryn) of Odessa, MO; one great grandson, Whitley Alumbaugh; a sister, Jean Bishop of Odessa, MO; a brother, Francis “Shorty” Alumbaugh (Bonnie) of Odessa, MO; and many nieces, nephews, relatives, and friends. Ed was preceded in death by his parents; and a son, Timothy Warren Alumbaugh.

The family of Edwin Dwight "Ed"Alumbaugh created this Life Tributes page to make it easy to share your memories.

Send flowers to the Alumbaugh family.