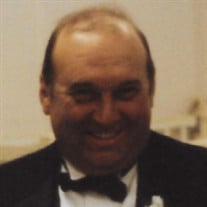 Douglas ‘Doug” Lee Renick, 72, of Odessa, Missouri passed away on Wednesday, August 5, 2020 at Lexington Regional Hospital in Lexington, Missouri. A visitation will be held from 2:00 p.m. to 3:00 p.m. Sunday, August 9, 2020 at Ralph O. Jones Funeral Home, 306 S. 2nd Street, Odessa, MO, 64076, 816-633-5524. A Memorial service will follow at 3:00 p.m. at the funeral home. Memorials are suggested to VFW Post 5675. Memories of Douglas and condolences for his family may be left at www.LedfordFamilyFH.com or on our Facebook Page. Doug was born on July 8, 1948 to Forest Lee and Doreen F. (Goold) Renick in Odessa, MO. He graduated from Odessa High School in 1967. On April 20, 1969 Doug was united in marriage to Shirley Ann Eastabrooks in Lexington, MO. She preceded him in death. He retired from IUOE Local 101of Kansas City as a heavy equipment operator. Doug was a member of the First Christian Church of Odessa and the VFW Post 5675. In addition to spending time with family and friends, Doug loved sports, NASCAR, and traveling to Las Vegas for the National Finals Rodeo. Survivors include one son, Robert Stephen Renick of Odessa, MO, one daughter, Tamara Suzanne Wegener and husband Thomas of Higginsville, MO; one sister, Holly Wade and husband Randy of Gower, MO; one brother, Terry Renick of Odessa, MO; four grandchildren, Tucker Wegener and wife Paige, Taegan Wegener, Lindsey Renick, and Carter Renick; and many nieces and nephews. In addition to his wife, Doug was preceded in death by his parents and one grandchild, Harper Meinershagen.

The family of Douglas Lee Renick created this Life Tributes page to make it easy to share your memories.

Send flowers to the Renick family.