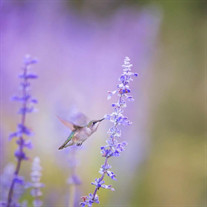 Delores “Dee” Arlene (Purdy) Millican, 90, of Odessa, Missouri passed away on Friday, October 1, 2021, at Centerpoint Medical Center in Independence, MO. The family will host a Celebration of Life at a later date. Arrangements have been entrusted to Ralph O. Jones Funeral Home, 306 S. 2nd Street, Odessa, MO, 64076, 816-633-5524. Memories of Dee and condolences for her family may left at www.LedfordFamilyFH.com or on our Facebook page. Dee was born on January 26, 1931, to Homer and Chloe (Middleton) Purdy in Wabash, Indiana. She graduated from Wabash High School in Wabash, IN. On April 25, 1952, Dee was united in marriage to William “Bill” Samuel Millican, Jr., in Andrew, IN. He preceded her in death on June 19, 2001. Dee worked for Western Electricity for 19 years and then she retired from Unity Village in Lee’s Summit as a cook. In addition to spending time with family and friends, Dee was an avid Chiefs football fan and enjoyed feeding her hummingbirds, being outside and mowing her yard. Survivors include a son, Tony Millican and wife Bobbie of Odessa, MO; daughter-in-law, Sandy Millican of Grain Valley, MO; nine grandchildren, numerous great grandchildren, and four great-great grandchildren; and many nieces, nephews, and friends. In addition to her parents and husband, Dee was preceded in death by a son, Timothy Millican; and two brothers, Homer “Junior” Purdy and Donald Hetler.

The family of Delores "Dee" Arlene (Purdy) Millican created this Life Tributes page to make it easy to share your memories.