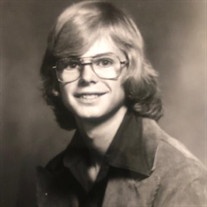 Brad was born on October 16, 1960 in Holden, MO to Norris and Patricia (Bellington) Wilson. He graduated from Odessa High School in 1979. On August 24, 1988 he was united in marriage to Carol Lynn (Miller) Wilson. In addition to spending time with family and friends, Brad was known for being a great artist, musician, woodworker and being funny. Brad had played with several different bands in the past 35 years.

Brad was preceded in death by his father, Norris Wilson and stepfather, Ronald Polson.


To order memorial trees or send flowers to the family in memory of Bradley Linn Wilson, please visit our flower store.